There is definitely a stigma that people in the Midwest are a little heavier compared to other regions in the country. People think we just eat meat and potatoes and drink beer. Alright, the beer part is definitely true, but most of the Midwest actually has the most gyms, Iowa being one of them. A new study shows that the Midwest loves its gyms and actually loves to work out.

Get our free mobile app

Our friends at Zippia are proving that most of the Midwest like to work out and exercise. They wanted to find out which states have the most and least amount of gyms. To do that, Zippia turned to  Exercise.com. Exercise.com counted the 14 largest gym chains number of locations in each state. Those 14 large gym chains are:

From there, they simply compared the total number of gyms for every 100,000 residents. This is what they found with their data: 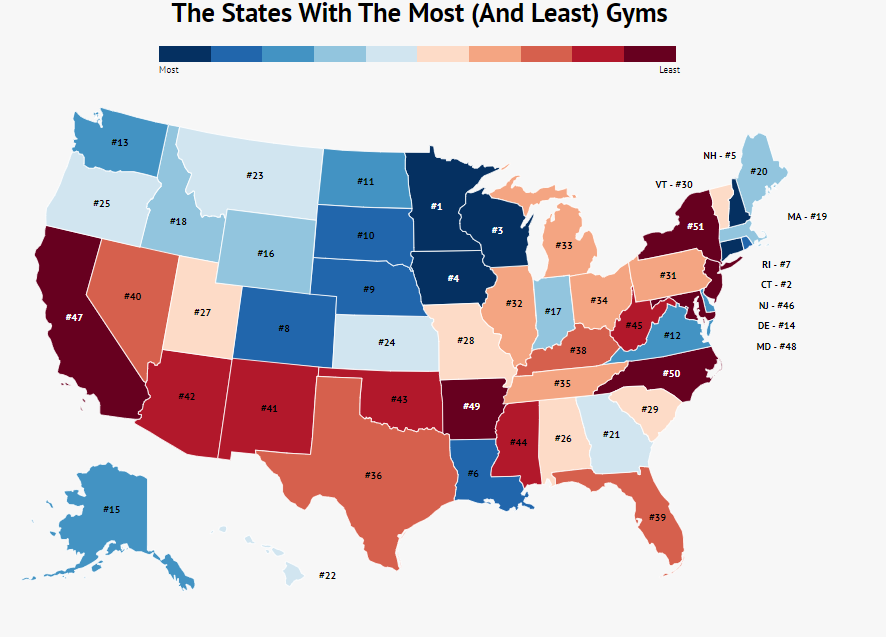 Zippia found that Minnesota has more gyms than any other state compared to their population. There are about 10 gyms per 100,000 Minnesotans. Connecticut came in 2nd, Wisconsin in 3rd, and Iowa took the 4th spot.

LOOK: 20 Fascinating Photos From the First Modern Olympic Games in 1896

To celebrate the history of international sports cooperation, Stacker took a look back at that groundbreaking event in Athens, when the modern Olympics were born in 1896. Keep reading to learn more about the athletes, spectators, and sports at that iconic event.
Filed Under: gyms, iowa, Iowa gyms, Zippia gyms
Categories: Articles, Local News, National & Global News
Comments
Leave A Comment
Back To Top